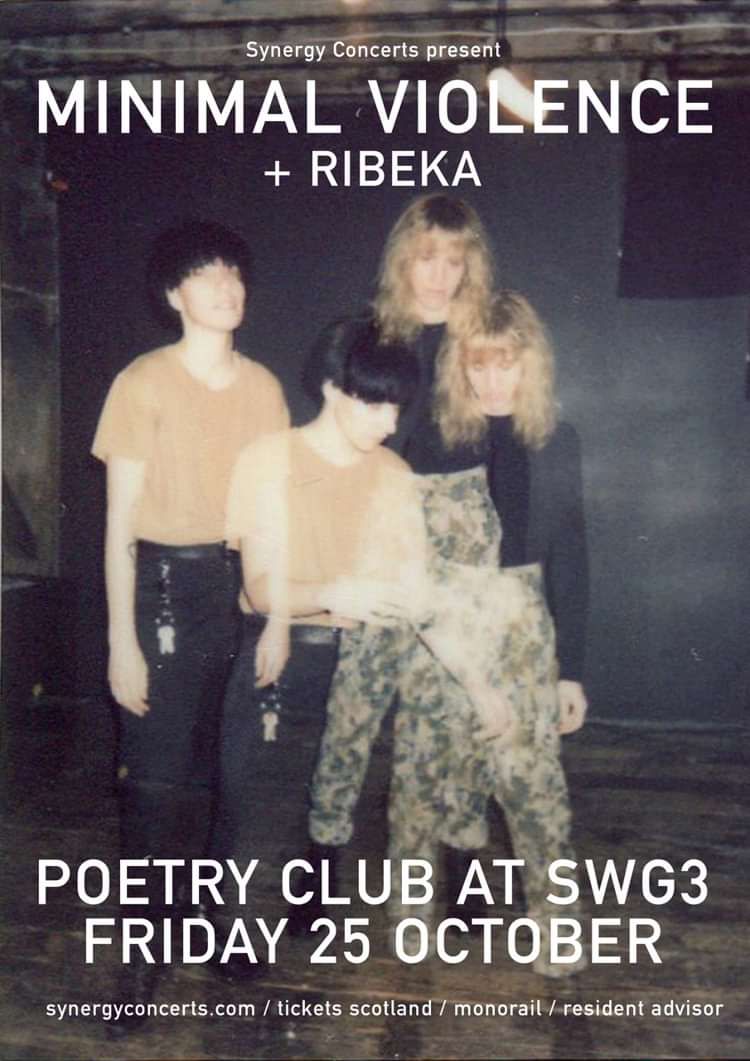 Minimal Violence is a collaboration between Ash Luk and Lida P. The duo, who focus on the live production of electronic music through the use of hardware sequencers, drum machines and synths, have been performing together since early 2015. They derive inspiration from early electronic and minimal synth works while integrating heavier UK rave and hardcore vibes. From years of playing in punk bands, Luk’s penchant for the heavier and more aggressive side of dance music is most evident in its infiltration of the duo’s live set. The acid tinged sets straddle the line between a relentless assault of the senses and jarring moments of disorienting chaos held together by oppressive kick and scattered breakbeats.

Minimal Violence have toured multiple times in Europe playing alongside the Lobster Theremin and Discwoman crews to name a few. Some other highlights have been performances at MUTEK, Sustain-Release, Moogfest, Tresor, BOUND and many more. Upcoming dates include appearances at HOCO fest and New Forms Festival.

Most recently the duo released their first full length InDreams, on Ninja Tune imprint Technicolour. The album was also an introduction to the duo’s fictional world of InDreams inc. which they presented a talk on at Moogfest, a conceptual challenge of Psychic reality vs Physical Reality. This album also presented the harder side of the duo, channeling breakbeat hardcore fused with EBM basslines to channel the intensity of their live set.

Some other release highlights this year have been the release of their remixes for Boy Harsher (alongside Silent Servant, Marcel Dettman and others) and OURI (alongside FJAAK, Debby Friday and others). Previous releases have spanned such labels as First Second Label, Jungle Gym, Lobster Theremin and 1080p.

The duo was recently profiled in a Resident Advisor breaking through feature which you can read up on here → https://www.residentadvisor.net/features/3466

“A white-knuckled, stiletto heel in the chest, burlap sack on the head trip through the crossroads of rave, industrial and electro - these tracks are heavy and intense” -Eric Downer